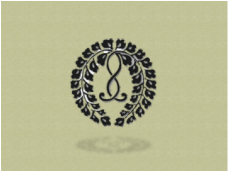 Jōdo Shinshu or Shin Buddhism. It is a denomination that was founded by Shinran Shonin (1173-1262) in Japan, formally called Shinshu Otani-ha (The Otani “lineage” of the Shinshu denomination). Its foundation is based on three sutras (said to be the words of Śākyamuni Buddha, seen as a transcendental Buddha), the Larger Sutra of Eternal Life, the Smaller Sutra of Eternal Life, and the Mediation Sutra, the main teachings of what is called Pure Land Buddhism.

The Pure Land tradition was largely developed in China during the early part of the 5th or 6th century CE, although there is evidence of the sect from the 1st century BCE in India. It wasn’t viewed as a separate denomination until the 12th Century in Japan with the appearance of Hōnen Shonin (1133-1212), Shinran’s teacher. Before this it was seen as a practice within the Tendai tradition of Japan. Honen was a student at the Tendai monastery at Mt. Hiei in Kyoto. Being frustrated with the traditional monastic path requiring ascension up a hierarchy of spiritual development to reach enlightenment. This made Buddhism remote to most people. Hōnen chose the teaching of the Nembutsu, the recitation of Namu Amida Butsu (I take refuge in Amida Buddha). He left the monastery to share the teaching with those people for whom Buddhism was inaccessible.

Shinran had a common view. He entered the monastery when only nine years old. He spent twenty years in the study of the Tendai teachings. The experience left him hollow and feeling isolated from the awakening the Buddha described. He left the monastery in 1201, and joined the Sangha established by Hōnen. In Hōnen, Shinran saw a thoroughly dissimilar model of a Buddhist teacher than he had met in the Tendai School. Hōnen was a teacher who considered himself first and foremost a fellow aspirant on the Path, a person who revealed unreserved unpretentiousness in every facet of his being.

Throughout Shinran’s experience with Hōnen and the teaching of the Nembutsu, Shinran discovered a path of Buddhism exposed to him unguardedly. He struggled with himself and the knowledge that gaining of knowledge and practice during two decades as a Tendai monk had not made him a better person — only better read. The Tendai experience left him more egotistical and conceited causing him to feel superior to those who studied and practiced less than he did. This created a condition in which Shinran found himself further from the awakening he saw in the ideal of Śākyamuni Buddha. In Hōnen’s teaching of Nembutsu Shinran recognized that Buddhism is actually universal, open to anyone who could come to an authentic assessment of himself — a being controlled by ego. It was the awakening to the truth that he was what he termed a bombu, a “fool”, a person clouded by ignorance and filled with selfishness.

In Namu Amida Butsu, he saw the instrument that empowered him to see the truth about himself. It brought together the ignorance that creates suffering for the self and for those around him and the truth celebrated by Buddhism — the reality of life as portrayed in the Four Noble Truths as conveyed in Amida Butsu.

It is a mistake to describe Pure Land Buddhism as a Buddhist theism that worships Amida Buddha casting him in the lead role of a god handing us “salvation” articulated as birth in the Pure Land. Shinran’s understanding was that Amida Buddha was not a mythical Buddha who promised salvation to anyone who recited his name; that would have been antithetical to the teaching of the Buddha. Shinran interpreted Amida Buddha as a symbol for the Dharma itself.

The Pure Land teachings bring about a accurate understanding of this life of suffering the Buddha described and the ignorance which creates it — the First and Second Noble Truths. Pure Land is a path of Buddhism that reveals awakening as being available to all beings without exception. It was a path for we who are besieged in our live and simply struggling to survive; who do not have the prospects to live in monasteries and devote our life to training and academics; who cannot, through our own powers, grace our life and climb the ladder to enlightenment. Pure Land Buddhism (Japanese, Jōdo) addresses the anxieties of all human beings and necessitates only a genuine and sincere self-examination of one’s own boundaries. In Shinran’s mind honest deliberation is the first and most necessary step towards awakening and emancipation from suffering.